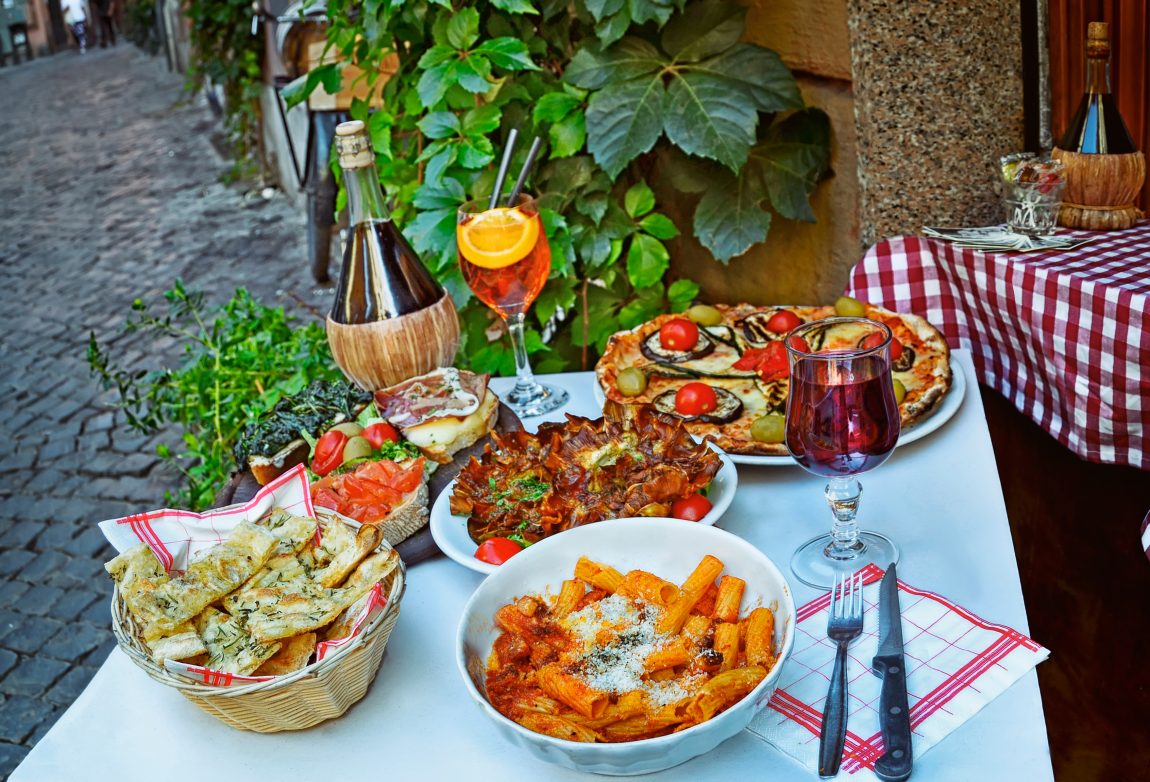 Only one day after moving into my new apartment in Chicago, my family, boyfriend, and I decided to dine at Quartino Ristorante & Wine Bar. And boy, did it not disappoint. I definitely feel quite lucky having this spot right in the heart of my new neighborhood, River North, although trying this Italian cuisine has me so excited to venture over to Chicago’s Little Italy.

Quartino is not your average restaurant, but rather, it feels like an authentic Italian dining experience. And sure, you might argue that someone who hasn’t been to Italy may not be able to make a claim that strong. And you’d be right. (Yes, it is a shameful fact that I have not yet been to Europe, but I’ve been busy okay!) So don’t take it from me. Take it from Ristorazione Italiana Magazine, who ranked Quartino in the 70 Best Restaurants with Pizzeria in the World for 2018. Pretty impressive, no?

Quartino is quite versatile as far as its environment goes. The inside has a warm vintage feeling with wooden tables on a matching wooden floor and overall brown, earthy tones. It’s simple, but welcoming. The Salumeria deli display adds a touch of authenticity with salami, prosciutto, sopressata, and huge cheese wheels in the window. Butcher knives hang from the ceiling just above, along with traditional meat-cutting contraptions.

Then there’s the patio. My family happened to sit in the “indoor” patio downstairs. The tables here are pretty intimate and the vibe is a little romantic since you’re more isolated. While we enjoyed our time there, I highly recommend this spot more for couples. The outside patio of Quartino is outlined by gorgeous flower pots but has less privacy downstairs being right on the busy street. However, on the perfect summer day, opt to sit on the upstairs balcony patio.

A “Sharing is Caring” Experience

The service at Quartino is nothing like a typical restaurant… Food is brought out to the table “as ready,” not in a traditional order of appetizer, main course, dessert type of deal. That also means you may not all get your main meals at the same time.

Because of this, waiters encourage tables to order a little bit of everything with the point of sharing plates.

The first thing we noticed when my family and boyfriend sat down was how small the table was. And we honestly weren’t sure how they were going to fit all of our food on it until the waiter explained that “as ready” process.

Each table also has a tall stack of saucer plates in the middle. This makes it easier for parties to all have a taste of whatever dish is brought to the table. And don’t worry — they’re quickly whisked away once they’ve been used to make space.

That being said, if you’re the type who loves to steal a bite of other people’s food and can’t commit to one meal, this is the place for you!

There’s also zuppe e insalate (soups and salads), fonduta (fondue), and aged risi (risotto dishes). Lastly, there’s pastas — both imported and house made — verdure (veggies), fruitti di mare (seafood), and specialita (entrees). There is an endless list of wine and we didn’t even get to dessert, which I will be coming back for.

The bread was good to say the least, but the olive oil was magical. The bottle they have at every table is a cold pressed 1923 Unfiltered Tuscan Extra Virgin Olive Oil, which features hand-picked olives from the estate of the Brembilla family. And it is soooo good. I love a good olive oil, calories and all.

Along with a caprese salad with the most refreshing tomatoes, I also ordered the Cozze Alla Siciliana, which are mussels in white wine, garlic sauce that is divine. The mussels were actually pretty hearty pieces, unlike some places.

And the white sauce is so good, you can eat it like soup! It also comes with a red sauce as a choice, so if that’s more your thing, give it a go.

We also ordered a Margherita pizza that looked so good (and was so good) that I actually forgot to take a picture! It was gone in like a minute between the four of us. Hence the non-existent pizza… Unlike your traditional Chicago deep dish, the Neapolitan pizza is thin crust. So you can eat quite a bit in between tasting other dishes and not stuff yourself. Win.

Other gems we ordered included my dad’s fettuccine Alfredo pasta. He ordered this originally with a request for them to cut up and sausage. The waiter actually forgot and brought out just the pasta at first (but no complaint; it was so rich and so freaking delicious that you can tell it’s hand made!) Of course my dad brought up the mistake and they ended up making and bringing him an entire new bowl with the sausage this time!

My mom ordered Artisan Sausage dish that just came with sausage and veggies and raved about the entire time… I’m a huge fan of this sausage, but I would opt for a white sauce myself next time. And my boyfriend order the chicken parmigiana. Again, I’m not a huge red sauce fan, but I did have a taste and it almost melts in your mouth.

As for wine, my mom did order the Orvieto medium white, which was impeccably refreshing. Most importantly though, their wine is served by the litre — either 1/4, 1/2, or 1/1 — and is so cheap! I’m talking $9 for practically four glasses of wine, y’all.

So basically, a trip to Quartino Ristorante comes highly recommended. I, myself, plan to take a couple trips back in the future. Although, my boyfriend and I did make a promise since moving to Chicago that we wouldn’t eat at the same restaurant for two months since there’s SO much to try! That being said, if you have other recommendations for Chicago restaurants to try, let me know in the comments below. And as the Italians say, buon appetito!

If you prefer making a pasta & wine combo from the comfort of your home, check out my blog “Food and Wine Pairing: Chateau Grand Bourry & Pesto Rigatoni.”

Radiance of the Seas, An Alaskan Cruise For Foodies and Families

Radiance of the Seas, An Alaskan Cruise For Foodies and Families 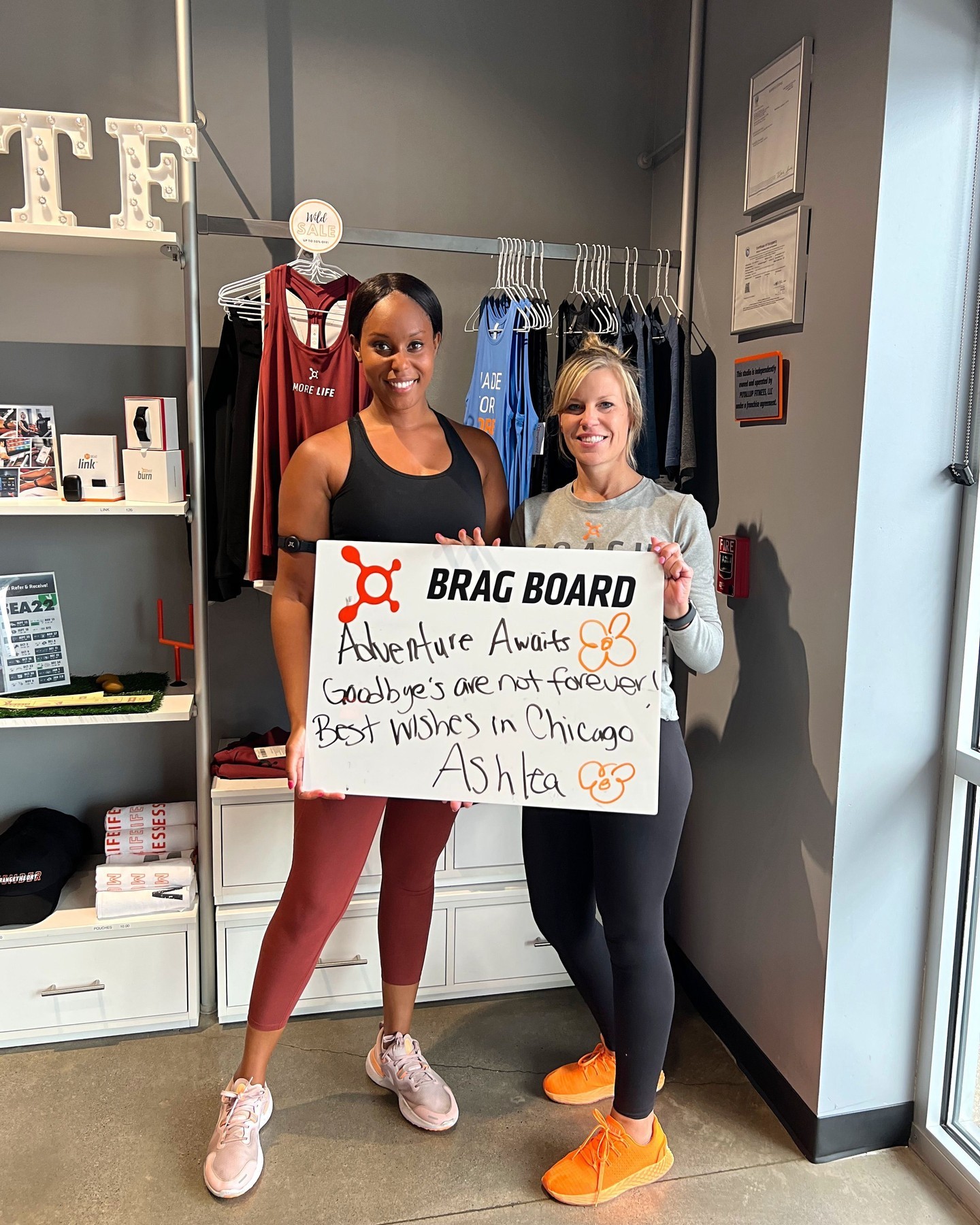 angel_ashlea
•
Follow
Anyone who's known me over the last couple years knows how absolutely OBSESSED I am with @orangetheory and consider myself an avid Orangetheorist! So it was about time that I finally got around to writing about how incredibly life-changing this gym has been for me, teaching me to appreciate and genuinely love working out. The OTF fam provides so many perks such as... 🧡 1,357 locations around the U.S. 🧡 A fun group workout environment with awesome trainers 🧡 BOMB music and playlists that make you feel like you're in the hottest club 🧡 A well-rounded, full-body workout instead of a "death by cardio" concept 🧡 In-house competitions for both hardcore gym nuts and beginners 🧡 And community bonding! Head to my NEW BLOG "Learning to Love Working Out with Orangetheory Fitness" using the link in my bio for details on my experience over the years and how you can try it for free and revamp your exercise routine. And shout-out to my Washington State studios who welcomed me in like family — I will totally miss you guys!!! 🔥 @otf_laketapps 🔥@otf_southhill 🔥 #orangetheory #orangetheoryfitness #orangetheorynation #workingout #fitness #fitnessjourney #fitnessmotivation #workoutroutine #workoutfamily #wellness #wellnessjourney #wellnesswednesday #lifestyle #lifestyleblogger
View on Instagram |
1/8 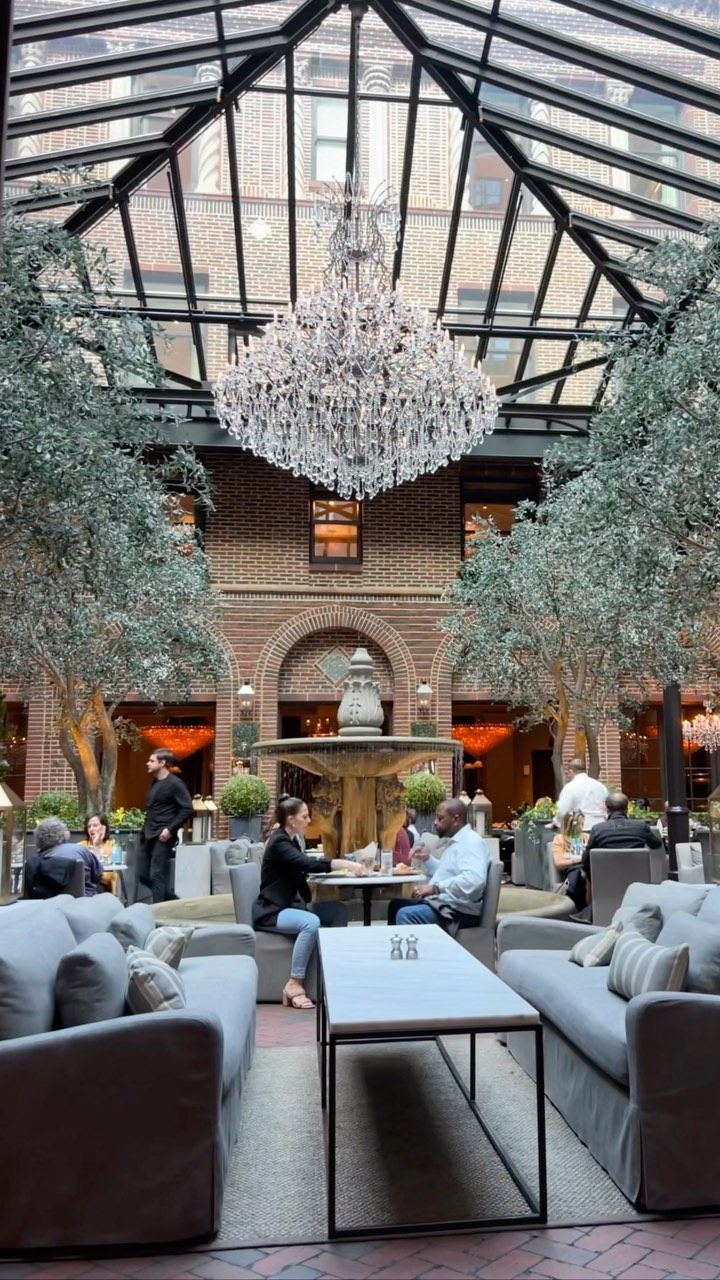 angel_ashlea
•
Follow
Luxury furniture meets modern art at 3 Arts Club Café and RH Chicago - also known as Restoration Hardware, an upscale American home-furnishing company. This has easily become one of my fave new places in Gold Coast for a few reasons: 🍷 The wine vault (yes, you read that right) 🌲 An ambiance that feels like you’re dining in a garden surrounded by olive trees 🖼️ And interior design as a total art form Read all about this chic experience in my newest blog at the link in bio 🍵 #chicago #goldcoast #visitchicagoland #visitchicago #furniturelovers #interiordesign #artgallery #artlovers #chic #cafe #artandwine #winelover
View on Instagram |
2/8

angel_ashlea
•
Follow
Fellow foodies, look no further for a reason to book your cruise aboard Radiance of the Seas with @royalcaribbean and read all about my experience on-board the ship in my new blog “Radiance of the Seas, An Alaskan Cruise for Foodies and Families.” You’ll find all the details on: 💰Ticket sales 🎭 Planning your itinerary ⛳️ Ship amenities 🧖🏾‍♀️ The spa 🛏️ Rooms with major views 🍽️ And all-you-can-eat decadent meals and desserts Stay tuned for future blogs on all the fun things I did in Alaska and experiences you’ll want to book for your trip too! 🌊 #royalcaribbean #radianceoftheseas #cruise #cruiseship #alaskancruise #foodies #allinclusive #planyourtrip #vacay #travelblog #foodblog
View on Instagram |
3/8 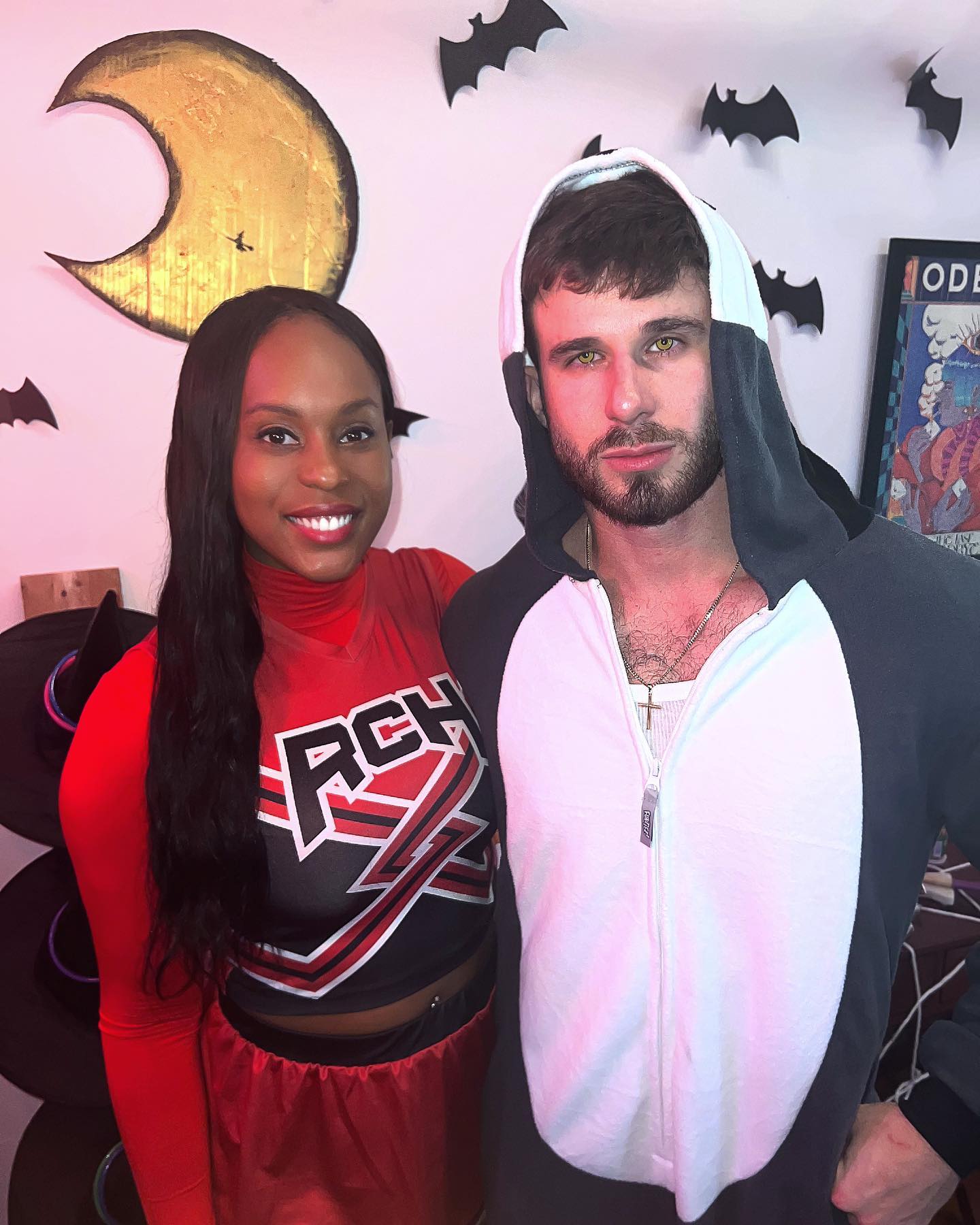 angel_ashlea
•
Follow
Love coming to Free Enterprise Summit each year and hearing from so many generations of successful entrepreneurs from all across the country, including my own business mentors! What a time to be alive. If you’re not making money 24 hours a day, you’re doing it wrong baby 😝🔥 #freeenterprise #denver #entrepreneurship
View on Instagram |
5/8 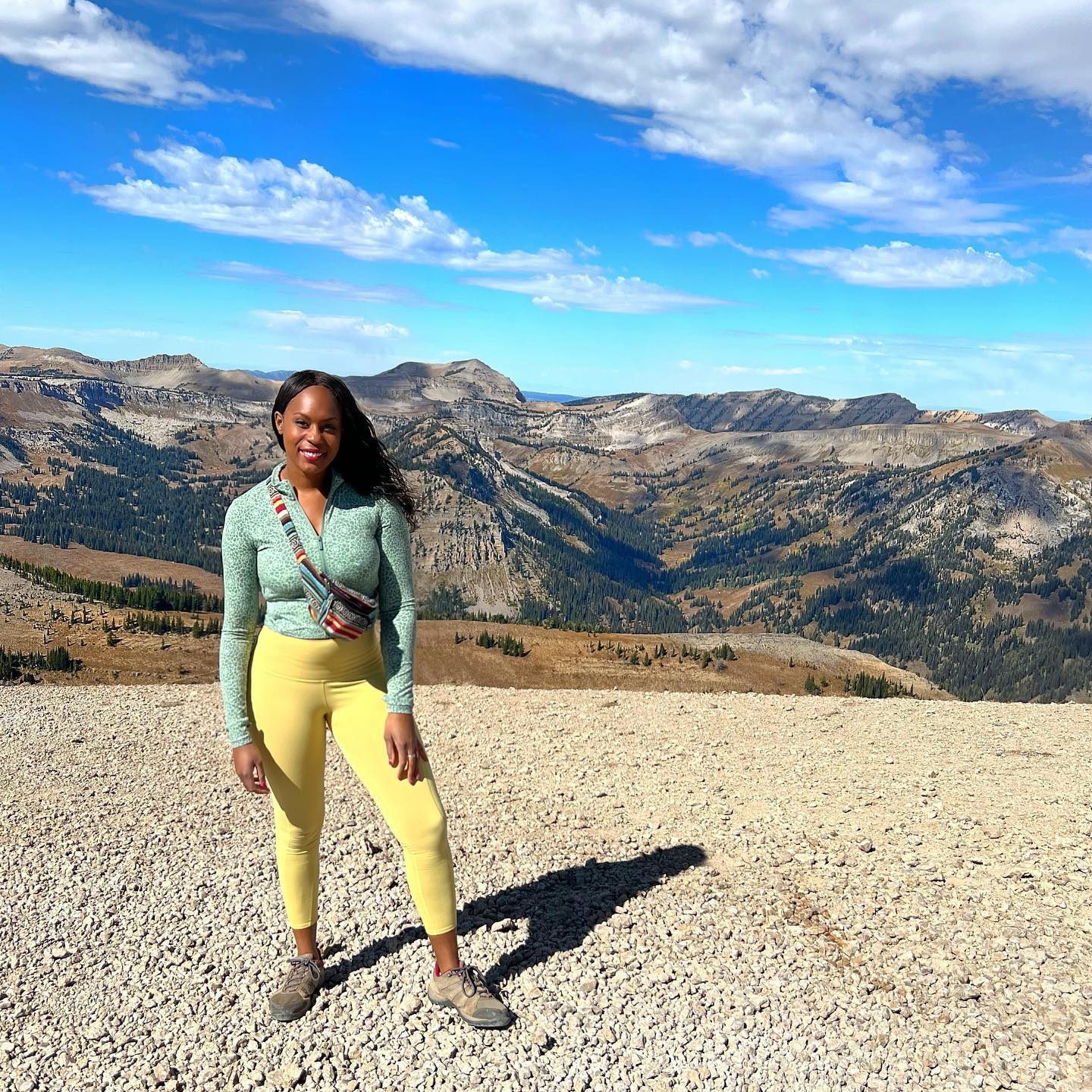 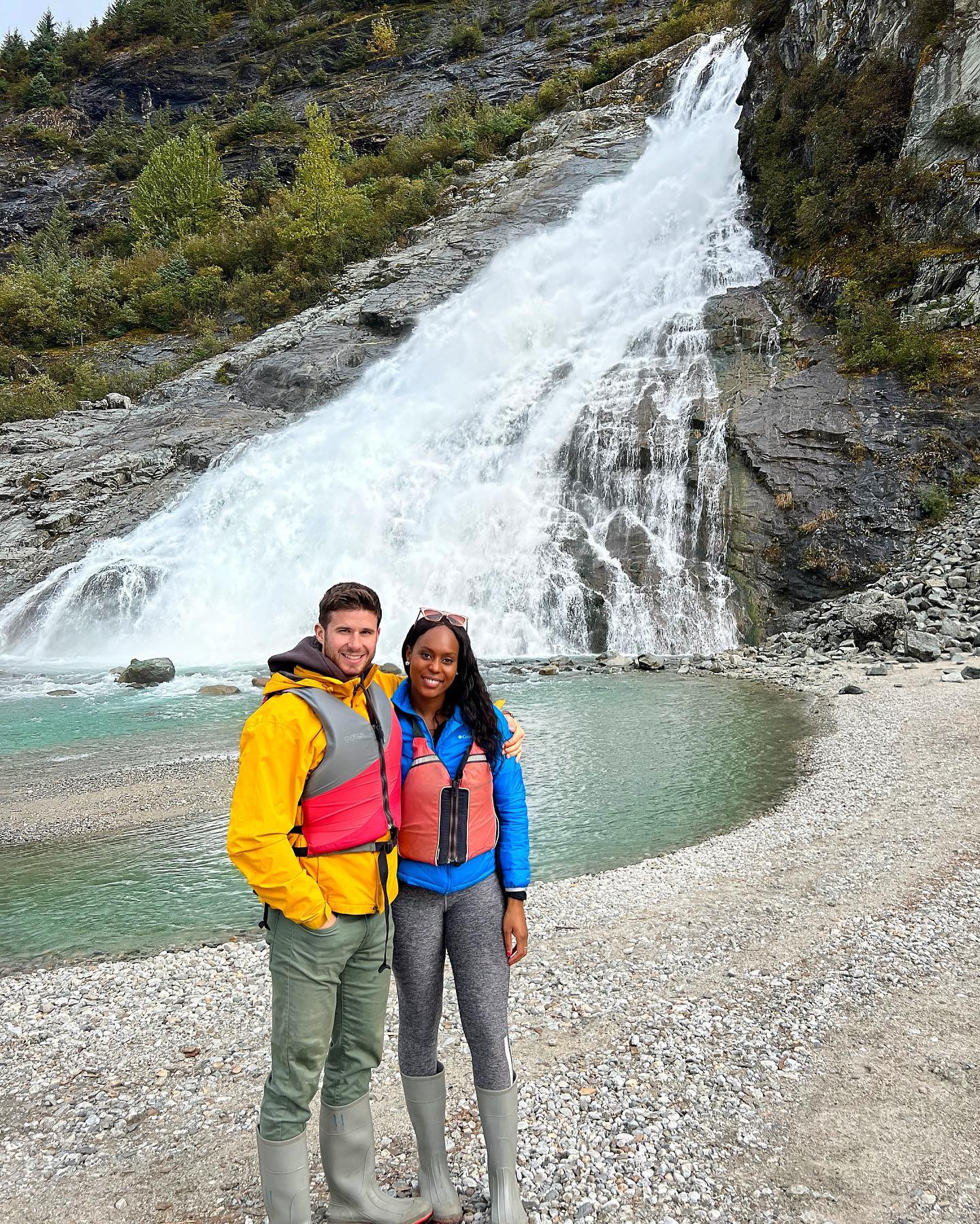