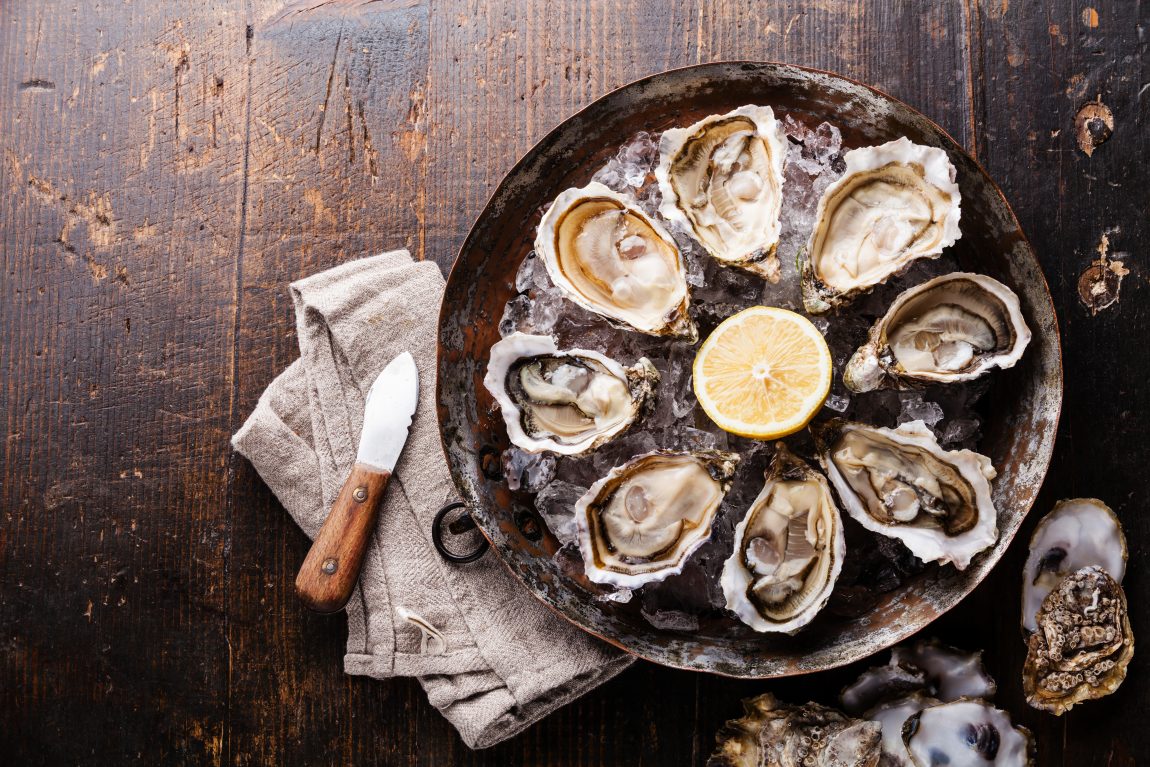 As far as charming French seafood restaurants go, The Oyster and Thistle Restaurant & Pub ranks at the top. Tucked away in Skagit Valley’s quaint town of La Conner, my boyfriend and I stumbled upon this gem after perusing a gorgeous tulip farm in the area. It’s just 70 miles north of Seattle, and 30 miles southeast of the beautiful San Juan Islands.

For those who don’t know, Skagit Valley is a gorgeous area in Washington known for boating and kayaking, whale watching, hiking and camping in the North Cascades, and viewing Deception Pass. And most notably, in the spring, there are numerous tulip festivals. To find out more about those, as well as things to do in the tulip off-season, visit my blog “Tulip Festivals in Washington And Exploring Skagit Valley.”

First off, the town of La Conner is just the cutest. It sits right on the Skagit Bay and boasts lots of waterfront shops, restaurants, museums, and hotels. Coming from a crowded tulip festival just ten minutes away, this hub of eateries seemed like a better bet than traveling back into the busy area of Mount Vernon, which sits just off the notoriously hectic I-5.

My boyfriend and I were shocked when we found this place. Mostly because the surrounding area is just farmland. It’s also known as a top romantic getaway destination in Washington, which was no surprise after getting there. Part of that charm came from the cottage-like restaurant that was The Oyster and Thistle, perched upon a small hill.

So I pretty much made up the term “pub chic” to best capture Oyster and Thistle’s elegant French ambience. You don’t get much of a pub vibe from the outside, which almost looks like a beach house or cottage instead. The inside dining area reveals much more of its rustic, pub side. We didn’t spend much time here, except to use the bathrooms.

But my favorite part, and where we dined, was the side patio. It’s quite the cozy, intimate space with only a few tables. Luckily for us, there was only one other couple outside in the other corner to give us just the privacy we wanted.

Plus, the view atop the hill is beautiful and allows you to people-watch. But there’s just enough shrubbery to hide you from the streets, which was a nice touch.

The restaurant prides itself on combining a French discipline with local ingredients from Skagit Valley and Samish Bay, as well as making absolutely everything fresh upon ordering. That means, just like a traditional French restaurant experience, come ready to savor some wine, people-watch, and be patient as your food is prepared. And trust me when I say it’s well worth the wait.

The creation of these dishes is a true art form, and if you don’t believe me, just check out their Instagram page below.

Contrary to the name — and possibly a huge mistake on our part — we did not try the oysters. We did, however, try the Mussels Mariniere and it did not disappoint. In fact, this dish still practically haunts my tastebuds because of how damn good it was.

The mussels are bursting with literally SO much flavor… Shallots, white wine, Pernod (which I discovered is an anise-flavored liquor from France), lemon, and butter, perfectly combined in this mouthwatering concoction.

They’re served in a bowl because there’s so much broth that it’s almost a buttery soup. We even had to ask for extra bread — which was fantastic by the way — just to soak up the rest of it.

While my drink might look like an ordinary glass of white wine, I have to say it was so not ordinary. This was one of the most refreshing and tastiest glasses of white wine I had ever tried. It was actually recommended by the other woman on the patio as she passed us to go to the bathroom. That’s when she told me I simply had to try the Vouvray.

Oyster and Thistle is probably the first restaurant where I had seen this type of wine on the menu. Nor had I heard of it through my wine club yet. It honestly was impeccable though. This French wine had quite the aroma, so fragrant like that of fruit and flowers, yet not too subtle or pungent.

Aidan’s summer ale was great too — flavorful and not too hoppy. But definitely not as special as the Vouvray. I’m telling you, try the Vouvray.

Okay so there was no confit at Oyster and Thistle, but we did have duck. Or I should say, Aidan ordered duck and I took the pleasure of trying some of his myself. The Roast Breast of Duckling was his exact entree, which came with roasted root vegetables and fingerling potatoes.

I’m a huge fan of duck — sorry to my animal-lovin’ friends — and this one was positively succulent and practically melted in your mouth.

And the glaze…oh my! Take me back to this food-gasm experience because it was out of this world y’all. On the other hand, I’m not a big fan of roasted veggies (yes, I’m still a bit of a picky eater who thinks cooked carrots are just yucky), but again, the sauce helped. I can also do without potatoes in most instances.

Luckily, while some parts of Aidan’s meal were not to my overall liking, my entire meal was just divine and oh so scrumptious. Can you guess what it was?

The Queen of seafood Caesar salads

For anyone who knows me, you know I LOVE a Caesar salad garnished with either salmon, shrimp, or prawns. It’s my absolute number one go-to meal at just about any restaurant. I like to call myself somewhere of an aficionado seeing as I’ve compared so many different variations of seafood-topped Caesars that I know an excellent one apart from a mediocre version.

And on this occasion, I ordered my salad with prawns on top. I have to give Oyster and Thistle MAJOR kudos because they really do know how to dress up a Caesar salad.

What made this one so special from the others were the olive oil croutons, egg yolk, and anchovy. And the prawns were practically soaked in the same mouthwatering butter sauce that our mussels came in. Ugh, très magnifique O&T, y’all really did the damn thang.

Despite my being a picky eater — which usually only tends to apply to cooked vegetables more than anything else — I thoroughly enjoyed the anchovy. It is definitely pungent, a bit salty even, but then again, I compare it to my recent discovery for my love of green olives with stuffed pimentos. The zesty flavor just works in a way that’s really quite wonderful.

I personally even found myself defending this Caesar excellency to the waiter after overhearing a rude comment from the man at the next table, who apparently claimed he had tasted better Caesar salads. But sure, that man was entitled to his wrong opinion.

While we couldn’t bare to eat another thing, having splurged on extra bread and so much butter broth, there were several digestifs and desserts we wish we had tried. Like the Grand Marnier Soufflé, which apparently is so intricate it has a 30 minute wait time. Or the Vanilla Bean Crème Brulée. Perhaps, the Bread Pudding with Warm Caramel Whiskey Sauce would have been the cherry on top. Or to wash it down, a port, sherry, Madeira, or Amari.

Or for a pick-me-up, possibly the French Press Pot or Lord Bergamot Tea from the Steven Smith Teamaker Tea Collection — who is allegedly the “finest name in tea since 1949” (I dunno though, those are fighting words, Steven, seeing as Twinings is kind of the OG of tea since the 1700s and I have a major soft spot for Harney & Sons’ “a superior tea drinking experience” LOL).

Can you tell I’m obsessed yet?

Either way, there’s so much to experience at Oyster and Thistle that I can’t wait for you to try! Just a fair warning that the prices, while steep, are justified. And that the lowest thing on the menu is the French Onion soup for $13 — the highest price is $MKT for the filet mignon or the 40 day dry-aged ribeye (I don’t completely understand what that means, but my guess is a lot). Anyway, happy dining!

How to Stick To A Diet: Swap Your Fad Diet For a Sustainable Lifestyle